Skip to content
This post may contain sponsored or affiliate links which means I may receive a small commission at no cost to you if your subscribe or make a purchase. This goes into creating more content and coffee so I can keep this site free.
Spread the love

This is a new word for me. When I google it, I found the following:

Athazagoraphobia, means the fear of

When I first came across the word, I cannot pronounce it and it is still a tongue twister for me.

However, when I found out the meaning… my gosh!

Don't you think that this is the reality in the world today?

Do we or know people around us that…

A word that needs to be heard more because I believe Athazagoraphobia is on the rise in our society.

We have a popular social media culture and reality TV that make children grow up thinking they will all be models, rock stars and celebrities.

I met a young person recently who says she wants to be an influencer or social media celebrity of sorts.

Nothing wrong with that but many will be ignored, replaced after a while or forgotten.

…and these Athazagoraphobia can lead to suicide and other social issues.

This is not just a young person or millennial issue.

Research has shown it is predominantly prevalent in 45+ year old men too.

Because as you get older you start to worry about:

It is also very common to worry about your ability to provide for your family now you're getting older and whether you'll be able to leave behind a legacy when you pass.

Some are concerned about whether they have really achieved anything in their life or did anything of meaning to be remembered by. 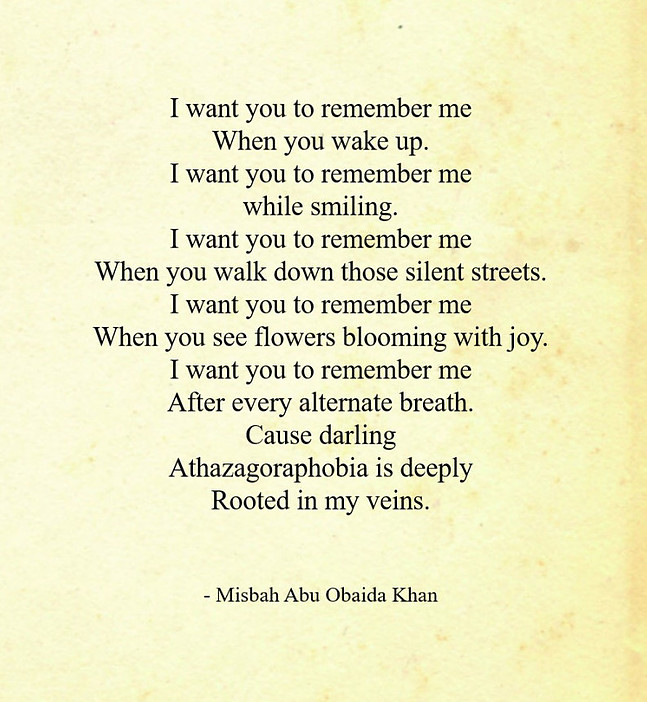 Now, we have to ask ourselves if this has anything to do with what we are doing here at Wealthy Affiliate.

Researched has also shown the 45+ year old male demographic is one of the biggest groups in online marketing.

Maybe, many sees this as one last attempt to make a significant impact.

You may want to:

Whatever the reason the FEAR is real…

Which is why no matter if you're a fresh-faced millennial, a 45+ year moving closer to retirement, or you're already well and truly in the senior camp then TODAY is the best time to start working on being significant.

I wrote a blog on, “When is the best time to plant a tree?” based on the following quote…

“The best time to plant a tree was 20 years ago. The second best time is now.”

If you have not done anything in the past…

Now is the time to build your online business and your plans for the future.

Starting TODAY is the only sensible and logical option you have.

Time ticks away and waits for no one and believe me, it isn't going to get any easier later.

The risk of Athazagoraphobia is real.

… and the chance of achieving anything substantial, making an impact on others lives, providing for others or leaving a legacy is slim.

So with all that being said if you want to build a significant and evergreen business you can be proud of. One that earns for you now and in the long term…

You can start an online business today. Find out more here.